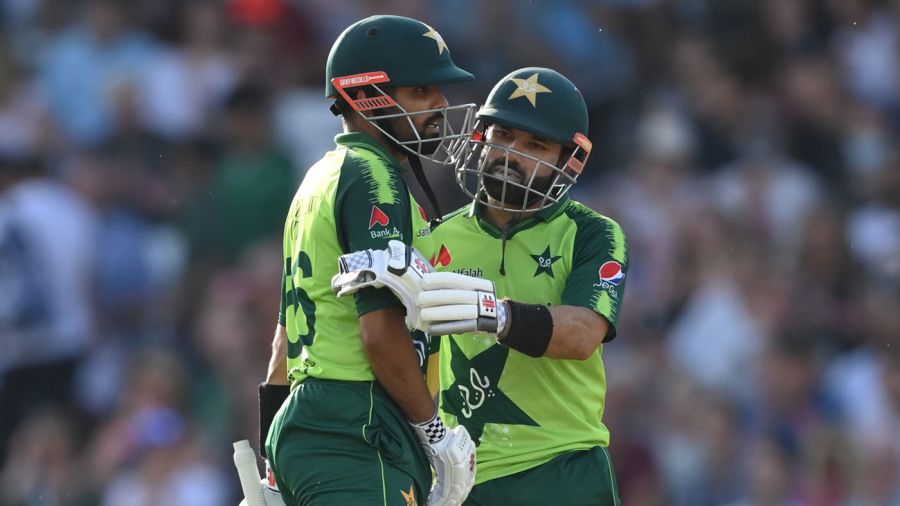 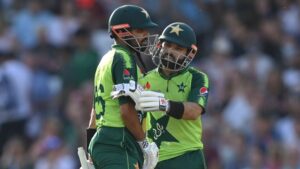 232 Pakistan posted their highest total of 232 for 6 in T20Is at Trent Bridge on Friday. Their previous best was 205 for 3, against the West Indies in Karachi in 2018. This is also the third-highest total by any team against England in T20Is.
17 Number of balls taken by Liam Livingstone to reach fifty, the fastest by an England batter in T20Is. Livingstone’s 42-ball hundred equals the third-fastest T20I hundred in matches between full-member nations.
0 Scores higher than Livingstone’s 103 by a batter at No.5 or lower in men’s T20Is played among full-member teams. The only other century at No.5 or lower from a full-member team batter is by David Miller against Bangladesh in 2017.
9 Number of sixes hit by Livingstone in his innings, the most by an England batter in T20Is. The previous best by an England batter was seven, hit by Eoin Morgan – on four different occasions – Ravi Bopara and Jason Roy.
12 Number of sixes hit by Pakistan batters in their innings which equals the most hit by them in a T20I. They had hit 12 sixes against Bangladesh in 2007. In fact, all the 12 sixes by Pakistan batters were hit after the 11th over in this match. Where ball-by-ball information is available with ESPNcricinfo, there are only three instances when a team has hit more than 12 sixes after the tenth over of the innings. The highest being India’s 14 sixes against Sri Lanka in a T20I in Indore in 2017.
150 Babar Azam and Mohammad Rizwan’s 150-run partnership is the second-highest stand for Pakistan for any wicket. The same pair had added 197 runs for the first wicket against South Africa in Centurion in April this year.
1 Only one pair – India’s Shikhar Dhawan and Rohit Sharma – has stitched two 150-plus-run partnerships in T20Is before Azam and Rizwan. Azam and Rizwan have added three century stands in 12 innings together and are just one short of equaling the record for most century stands by any pair in T20Is. Dhawan and Sharma, and Martin Guptill and Kane Williamson have each added four century stands in T20Is.
152 Runs scored by Pakistan after the 10th over in the match. This is only the sixth time in a T20I when more than 150 runs have been scored in the last 10 overs (where ball-by-ball information is available). The highest Pakistan had managed in the second half of their innings before this was 122 against Scotland in Edinburgh in 2018.
Source: espncricinfo.com,    Image credit: Getty Images 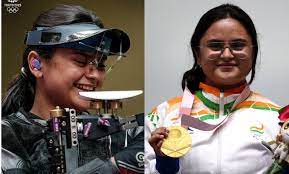 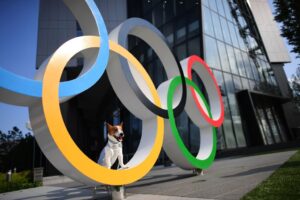 Tokyo Olympics opening ceremony kicks off Games like no other.