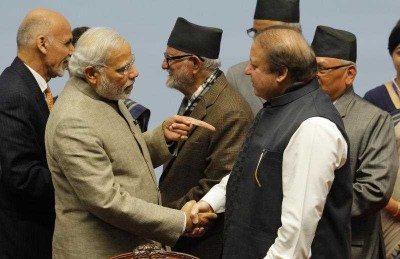 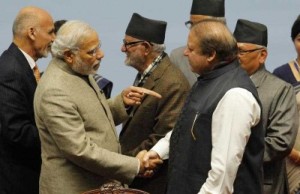 Since its inception in 1985, the effectiveness of the South Asian Association for Regional Cooperation (SAARC) to promote economic integration in South Asia has been questioned. One of the biggest impediments to SAARC’s progress has been the continued conflict between India and Pakistan.

There was hope that some positive results would come out of the 18th SAARC Summit in Kathmandu on 26-27 November 2014, particularly because Indian Prime Minister Narendra Modi had repeatedly spoken of the need to reinvigorate relations with neighbouring countries.

There was good reason for the optimism. Modi’s first day in office after his election in May 2014 was dedicated exclusively to bilateral meetings with the leaders of the SAARC countries — Afghanistan, Bangladesh, Bhutan, India, Nepal, Maldives, Pakistan, and Sri Lanka. His first state visit was to Bhutan and then to Nepal. During his visits abroad and even when engaging domestic audiences, Modi had stressed the need for increased regional cooperation. Nepal’s Foreign Minister Mahendra Bahadur Pandey had noted that the Kathmandu Summit was taking place in the changed context of India’s new Neighbours First policy. It was reported that Modi wanted to make South Asia a viable counterweight to China, which has made sweeping inroads in the region.

These agreements would have given life to economic integration in a region which needs it. South Asia is among the least integrated regions of the world. In 1947, when Pakistan and India became independent from British rule, more than half of Pakistan’s imports came from India and nearly two-thirds of its exports went to India. At that time, trade among South Asian countries accounted for around 20 per cent of their total trade. Presently, it stands at a mere 5 per cent.

But, as in the past, conflict between India and Pakistan took center stage at the summit and only one of the three agreements was signed. Pakistan was unwilling to sign the three agreements because ‘internal processes’ had not been completed. It was only under pressure from his colleagues during the retreat on the last day that Pakistani Prime Minister Nawaz Sharif relented and signed the framework agreement on regional electricity connectivity, the details of which have yet to be worked out.

In Kathmandu, a frustrated Modi remarked that regional integration in South Asia would go ahead ‘through SAARC or outside it, among all of us or some of us’. South Asian countries should listen to him and go for bilateralism and sub-regionalism outside SAARC. These approaches could be more successful in enhancing economic integration in South Asia than multilateralism under SAARC. Just look at bilateral talks between India and Nepal, which were fruitful for Nepal despite the stalemate on regional issues at the summit.

Sub-regionalism in South Asia should be market-led and target East Asia: South Asia’s largest market. South Asian countries need to implement the second round of their Look East policies to link themselves to production networks in East Asia. This would not only lead to higher economic growth, it would also reinvigorate economic integration in South Asia.

There are several elements that a successful set of reforms would encompass. These include completing the economic reform programs that South Asian countries began in the 1990s by focusing on governance and institutional reforms; improving information, communication and technology systems to coordinate supply chains efficiently; reducing transport and logistics costs; and supporting the proposed Trans-Himalayan Economic Corridors between India, Nepal and China.

The Bay of Bengal Initiative for Multi-Sectoral Technical and Economic Cooperation (BIMSTEC) is the appropriate institutional framework to support these policies because it connects South Asian countries (except Pakistan and Afghanistan, which are not members) with several East Asian countries, including Myanmar and Thailand. Nepal as the present Chair of BIMSTEC should push this agenda.

As China steps up efforts to forge trade and connectivity with Central and Southeast Asia, the South Asian countries will need to pursue bilateral and sub-regional arrangements to promote integration. They should not wait for SAARC.