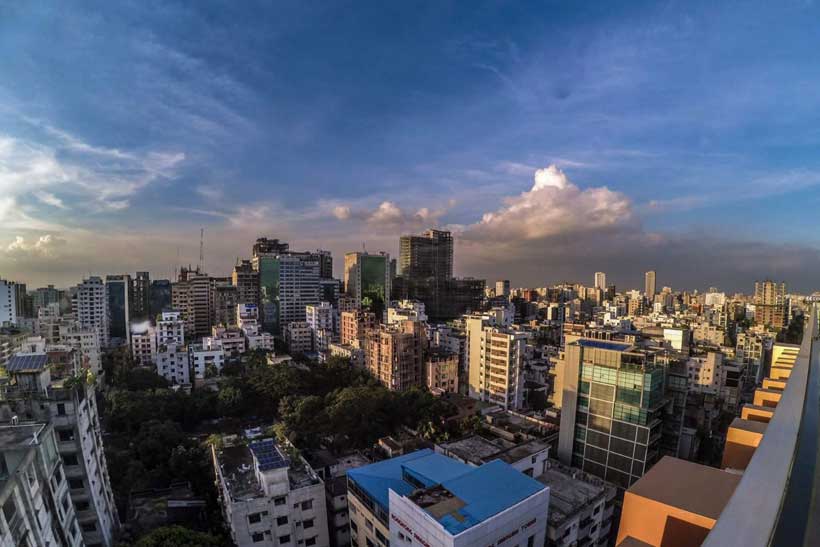 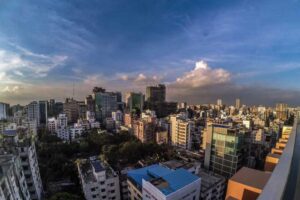 Bangladesh, the shining model of development in South Asia, becomes everyone’s economic darling amidst Covid-19. The per capita income of Bangladesh in the fiscal year 2020-21 is higher than that of many neighbouring countries including India and Pakistan. Recently, Bangladesh has agreed to lend $200 million to debt-ridden Sri Lanka to bail out through currency swap. Bangladesh, once one of the most vulnerable economies, has now substantiated itself as the most successful economy of South Asia. How Bangladesh successfully managed Covid-19 and became top performing economy of South Asia?

In March 1971, Sheikh Mujibur Rahman declared their independence from richer and more powerful Pakistan. The country was born through war and famine. Shortly after the independence of Bangladesh, Henry Kissinger, then the U.S. national security advisor, derisively referred to the country as a “Basket Case of Misery.” But after fifty years, recently, Bangladesh’s Cabinet Secretary reported that per capita income has risen to $2,227. Pakistan’s per capita income, meanwhile, is $1,543. In 1971, Pakistan was 70% richer than Bangladesh; today, Bangladesh is 45% richer than Pakistan. Pakistani economist Abid Hasan, former World Bank Adviser, stated that “If Pakistan continues its dismal performance, it is in the realm of possibility that we could be seeking aid from Bangladesh in 2030,”. On the other hand, India, the economic superpower of South Asia, is also lagging behind Bangladesh in terms of per capita income worth of $1,947. This also elucidates that the economic decisions of Bangladesh are better than that of any other South Asian countries.

Bangladesh’s economic growth leans-on three pillars: exports competitiveness, social progress and fiscal prudence. Between 2011 and 2019, Bangladesh’s exports grew at 8.6% every year, compared to the world average of 0.4%. This godsend is substantially due to the country’s hard-hearted focus on products, such as apparel, in which it possesses a comparative advantage.

The variegated investment plans pursued by the Bangladesh government contributes to the escalation of the country’s per capita income. The government has attracted investments in education, health, connectivity and infrastructure both from home and abroad. As a long-term implication, investing in these sectors helped Bangladesh to facilitate space for businesses and created skilled manpower to run them swiftly. Meanwhile, the share of Bangladeshi women in the labor force has consistently grown, unlike in India and Pakistan, where it has decreased. And Bangladesh has maintained a public debt-to-GDP ratio between 30% and 40%. India and Pakistan will both emerge from the pandemic with public debt close to 90% of GDP.

Bangladesh’s economy and industry management strategy during Covid-19 is also worth mentioning here since the country till now has successfully protected its economy from impact of pandemic. At the outset of pandemic, lockdowns and restrictions hampered the country’s overall productivity for a while. To tackle the pandemic effect, Bangladesh introduced improvised monetary policy and fiscal stimuli to bring them under the safety net which lifted the situation from worsening. Government introduced stimulus package which is equivalent to 4.3 percent of total GDP and covers all necessary sectors such as industry, SMEs and agriculture. These packages are not only a one-time deal, new packages are also being announced in course of time. For instance, in January 2021, government announced two new packages for small and medium entrepreneurs and grass roots populations. Apart from economic interventions, the government also chose the path of targeted interventions. The government, after first wave, abandoned widespread lockdown and adopted the policy of targeted intervention which is found to be effective as it allows socio-economic activities to carry on under certain protocols and helps the industries to fight back against the pandemic effect.

Another pivotal key to success was the management of migrant labor force and keeping the domestic production active amidst the pandemic. According to KNOMAD report, amidst the Covid-19, Bangladesh’s remittance grew by 18.4 percent crossing 21 billion per annum inflow where many remittance dependent countries experienced negative growth rate. Because of the massive inflow of remittance, the Forex reserve of Bangladesh reached at 45.1 billion US dollar.

Bangladesh’s success in managing COVID19 and its economy has been reflected in a recent report “Bangladesh Development Update- Moving Forward: Connectivity and Logistics to strengthen Competitiveness,” published by World Bank. Bangladesh’s economy is showing nascent signs of recovery backed by a rebound in exports, strong remittance inflows, and the ongoing vaccination program. Through financial assistance to Sri Lanka and Covid relief aid to India, Bangladesh is showcasing its rise as an emerging superpower in South Asia. That is why Mihir Sharma, Director of Centre for Economy and Growth Programme at the Observer Research Foundation, wrote in an article at Bloomberg that, “Today, the country’s 160 million-plus people, packed into a fertile delta that’s more densely populated than the Vatican City, seem destined to be South Asia’s standout success”. Back in 2017, PwC (PricewaterhouseCoopers) report also predicted the same that Bangladesh will become the largest economy by 2030 and an economic powerhouse in South Asia. And this is how Bangladesh, a development paragon, offers lessons for the other struggling countries of world after 50 years of its independence.